Fourth step
towards the interpretation
of the dreams.


By summarizing all the elements that we have gathered to consider the interpretation of dreams, we have been able to retain a certain amount of information :

1 – First of all, the hypothesis of the existence of a language that would have been universal, prior to the verbal language, drew our attention : this language would be that of the emotions [see : La tour de Babel - in french], generators of the images and situations that arise during REM sleep. 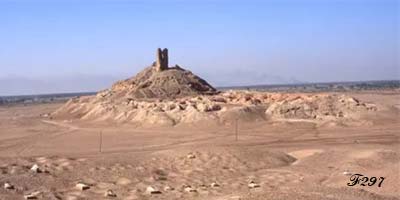 Ziggurat of Nabû in Borsippa.

2 – Observing the physiology of the brain during sleep then allowed us to understand that REM sleep and dreams occur during a lowering of the cerebral temperature [see : Hypotheses]. Could the images that occur during the dream translate the resurgence of an ancient functioning, specific to so-called "cold-blooded" animals ?

3 – The interpretations of the dreams, very different over time, show that they are distorted by the culture of the group. Which one would be the most valid ? [see : Dreams through the ages - in french]

4 – The study of the development of consciousness has led us to characterize two distinct functions within the brain : a conscious function and an unconscious function.
- The first is subject to collective influence.
- The second, which escapes us, has interesting characteristics : its functioning is based on reality and, in order to understand it, it does not judge it [see : The unconscious - in french]. Would analyzing the events that occur during dreams, without judging them, be the way to understand them ?

There would thus exist, in us, an ancestral mechanism based on reality that the adult "Homo sapiens" is incapable of understanding.
Could going back to the child's way of thinking be useful to us ?
What do we know today about how it works ?

- First of all, children's thinking is also based on reality [see : Thoughts]. 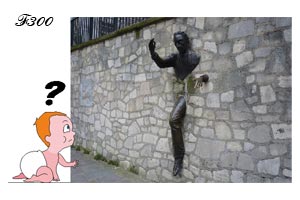 However, like the adult, the child does not understand his dreams, whatever hey may be.
In order to do so, should the person who seeks to decipher his or her dreams link his or her adult knowledge and experience to the child's way of thinking ?

- Secondly, we have discovered that the child has moral skills. It is therefore this moral sense that we will address.
The dream could indeed be understood thanks to this new element : to consider the situations of the dream with benevolence, without preconceived ideas and without personal interest and, to do this, to rely on what is felt by attaching it to the sole reality of the facts.

In the field of dreams, the moral sense has a double importance.
Firstly, the events that take place during REM sleep concern the dreamer above all because they are constructed from his or her own brain functioning, i.e. from the interactions he or she has with the outside world as well as from the psychological characteristics of his or her development.

Moreover, this moral sense will concern the person who presents himself as the "interpreter" of dreams.

Is it possible to interpret dreams correctly if one does not have a moral sense ? At a time when, more than ever, self-interest dominates over listening to and respecting others, we can doubt it.
We can hope, however, that by studying the moral sense of the child, we will discover what the moral sense of the adult should be, and how it has been lost.